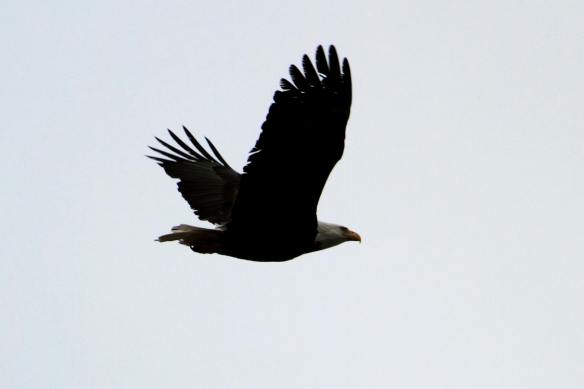 My very first birding field trip six or so years ago was through the Morton Arboretum. It was billed as “Ice and Eagles.” That particular trip entailed a bus drive to Starved Rock State Park where, as best as I can recall, we must have seen a few Bald Eagles. Oddly enough, I remember being more impressed seeing a Red-Bellied Woodpecker for the first time.

Juvenile Bald Eagles on the ice

Sunday I joined the DuPage Birding Club on a day trip to the Mississippi River to see eagles, waterfowl, and whatever else was present. At our first stop, Lock and Dam 13 near Fulton, Illinois, it was estimated we had more than 250 Bald Eagles. But all day the weather was the catch. When we got there it was pouring rain. While we escaped the predicted thunderstorms, when it wasn’t raining it was drizzling and foggy. Not exactly ideal conditions for photography.

So I’ve been poring over the pictures I did take, to see if there was anything clear enough to publish. If nothing else, maybe I can convey what a grey, miserable day it was. Nevertheless, it wasn’t all bad. 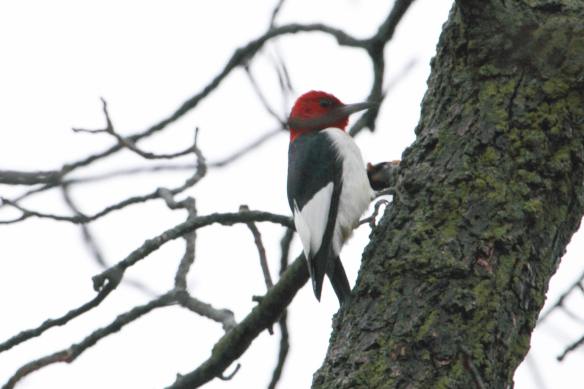 And a couple Eastern Bluebirds.

and a Thayer’s Gull or two.

Among other waterfowl, an estimated 7,000 Canvasbacks, too far away to photograph, but here are a few thickening the air.

And we managed to find Eurasian Tree Sparrows hanging out with House Sparrows where they have been located before, at someone’s feeders. I never did get close enough for a decent photo, but it’s a life bird for me, so this is for the record.

Above all, wherever we went, Bald Eagles reigned supreme.

My last chance for Bald Eagles this winter is on the 24th. DuPage Birding Club is featuring a field trip at Starved Rock. I think it will be the first time I’ve been back since, well, my first field trip. 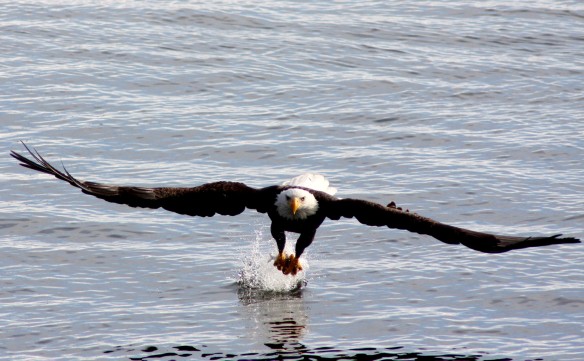 Four years ago, in January 2009, I took my then new 100-400mm Canon lens to the Mississippi River to try it out on the Bald Eagles that were so numerous that year. I had never used the lens before and I was still shooting on auto with my EOS 40D, but I could not have asked for better test subjects.

This year we are experiencing rain instead of snow in January (and it is the first precipation we’ve had in far too long). It is also too warm to push down-river hundreds of eagles like we had that year. Like this juvenile honing his hunting skills. 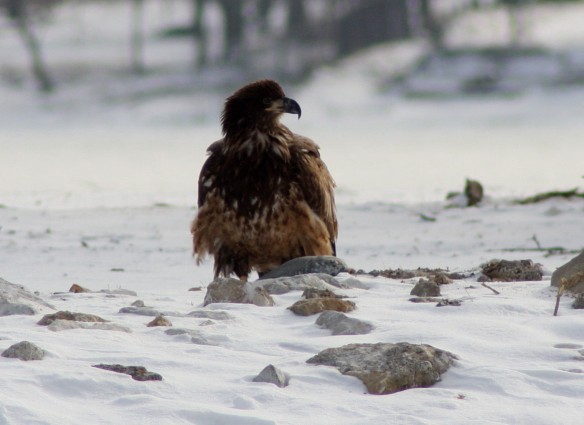 I’ve never archived these images off my laptop because I guess they hold some kind of sentimental value for me. 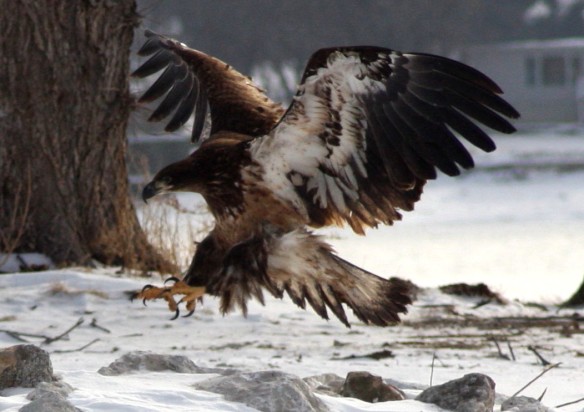 So last night I decided I could share of few of these first pictures with you.

An ode to snow. 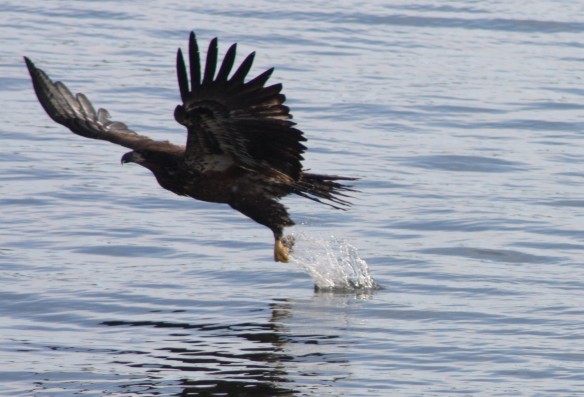