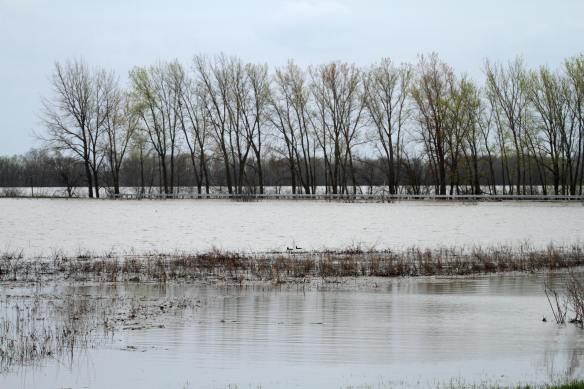 So as not to forget the biggest weather event of the year so far, at least around here… here are a few more photos from last weekend’s Emiquon expedition, part of the Illinois Audubon Spring Celebration. In the picture above, the water beyond the first row of trees is the Illinois River, which was at 26.8 feet: flood stage is 14 feet. Normally the depth of water on the near side of the trees would not be there…instead there would be more puddles and shorebird habitat. 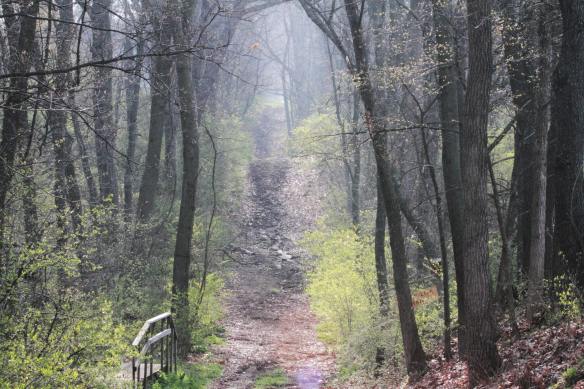 So Saturday morning instead of the original plan, we visited Spoon River College Arboretum, which is a beautiful 10-acre tract of natural habitat and wood chip trails. I saw my first-of-year Wood Thrush early on in the walk. 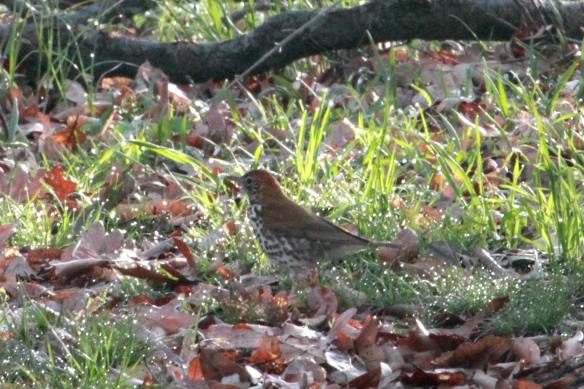 Brown-Headed Cowbirds, more often heard than seen, but this one was glistening when the sun made it through the clouds for a few moments. 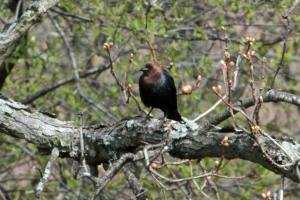 One of many Chipping Sparrows… 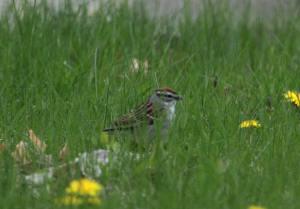 At some point we found a Blue-Headed Vireo, but he was elusive. 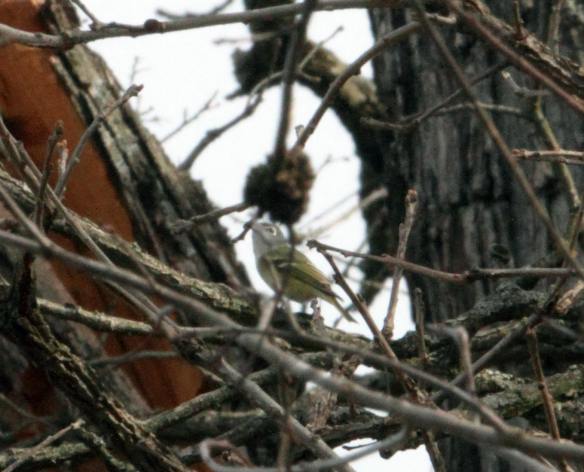 I remember walking through a crop field to get to the parking lot as the walk was winding down, so this must be it.

After lunch we went out again to see as much of Emiquon as was possible. This road was washed out. 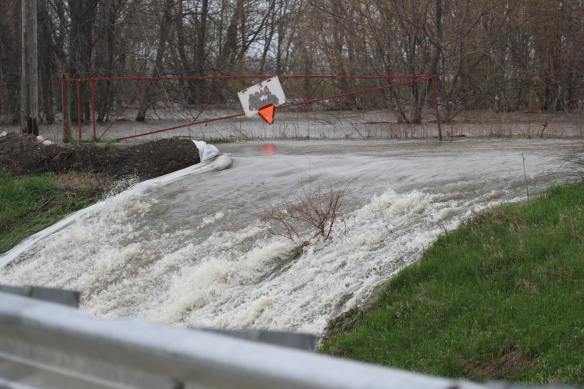 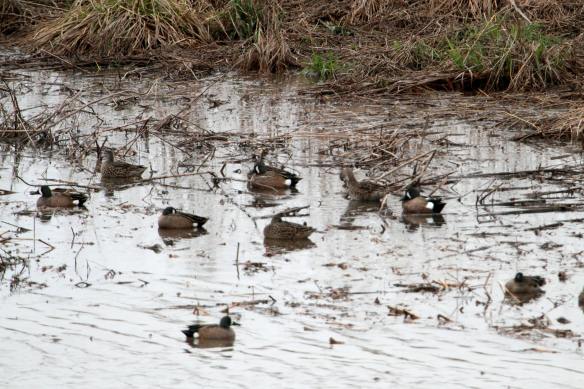 And invariably some were flushed. But then you get to see the blue on the wing that they’re named for… 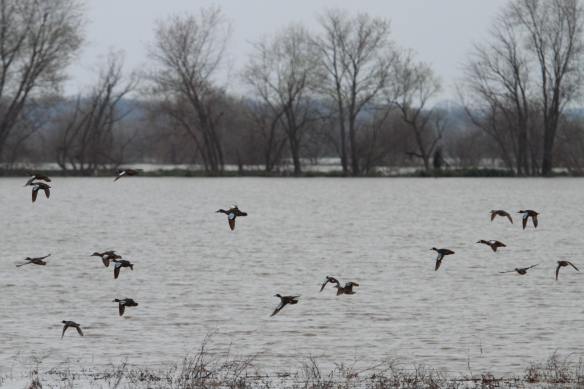 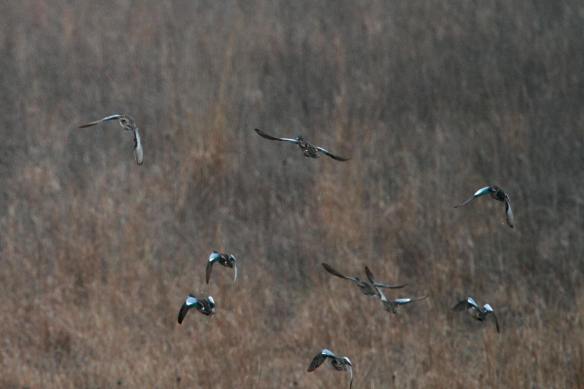 Not much more than the profile of a Double-Crested Cormorant, but it is distinctive. 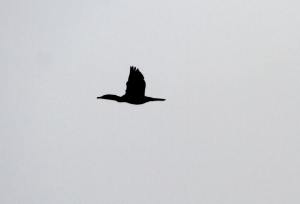 Along the side of a road going back to Dickson Mounds, which if the mounds had not been underwater might have made for interesting photographs…there was a lone Snow Goose. 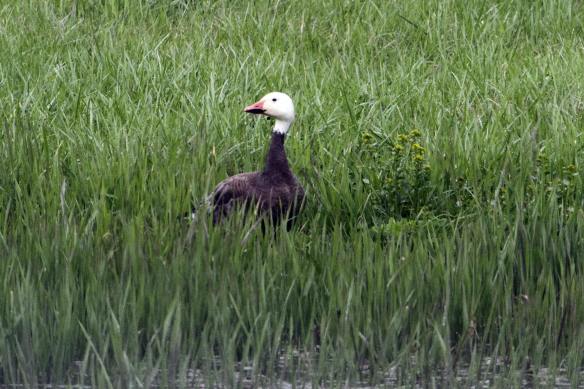 On Sunday morning, we decided to head home instead of go farther out of our way for yet more flooding… so we stopped by Forest Park Nature Center in Peoria Heights on the way back home. Tufted Titmouses (Titmice? Titmeese?) were everywhere. 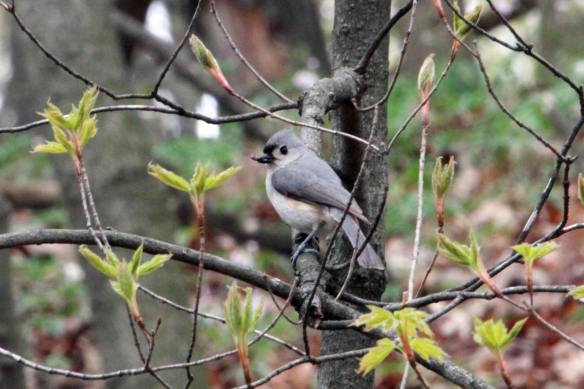 And although this is out of chronological order, maybe it’s a good place to stop: a perfectly-formed flowering Magnolia tree. 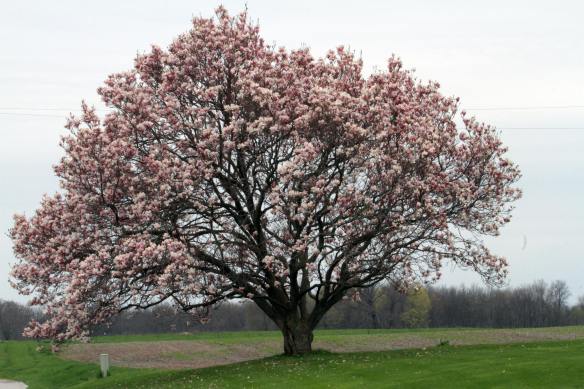 Tomorrow morning I am participating in my first Spring Bird Count. Wish me luck getting up at 2:30 a.m. 🙂

8 thoughts on “After the Flood, Part Two”