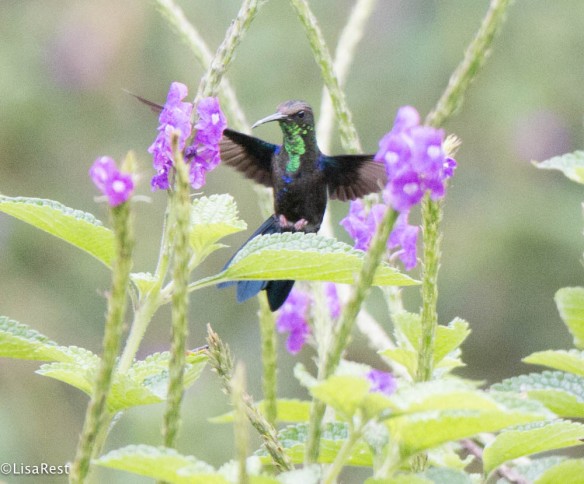 After shoveling snow all weekend, I don’t know how I’m going to get through the rest of the winter if I run out of pictures from Ecuador…

Since my head is still full of snow, I won’t try to remember exactly where these pictures were taken, so my comments will be few. Don’t you love my disclaimers?

It was a good day for tanagers. Below is a distant Blue-Browed Tanager which was a new one for me.

The Blue-Winged Mountain-Tanager below refused to reveal much of itself. I love how these birds with such bright plumage manage to blend in with their surroundings: “maybe I look like another yellow leaf.” 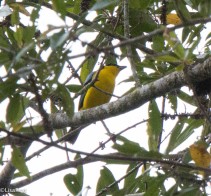 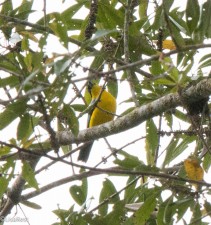 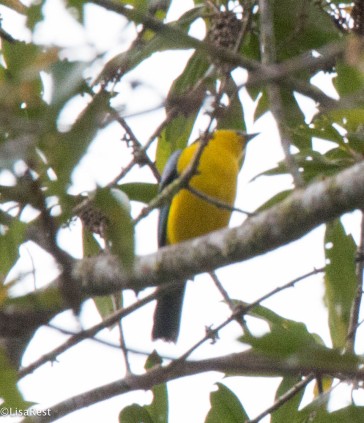 It was nice to get good looks at a Blue-Necked Tanager, below.

And then we found a Speckled Tanager, which I have seen elsewhere, but I can’t remember. Maybe Costa Rica or Colombia…? One of these days I’ll get my list together. 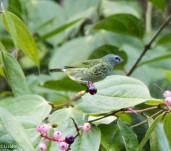 I’m sure I was always trying to get a halfway decent photograph of a Paradise Tanager. Any part of the bird you might see is spectacular but it often proved difficult to capture the entire bird at any one time. These two were far away but otherwise not camera-shy.

Not a lot of parrots sitting still, most of the time they were flying over in pairs, their calls to be identified by our guide often before we could see them. This Blue-headed Parrot was the exception. 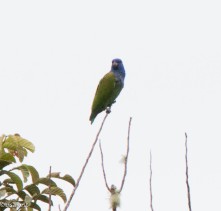 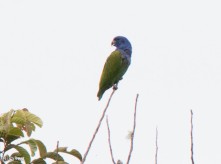 I remember we went up a trail in search of the Powerful Woodpecker. It was thrilling to find a pair noisily knocking about the trees. 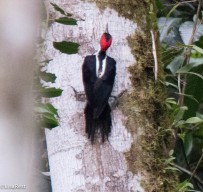 I have too many pictures from this one day! I will be back with the rest soon. I think I’m still mentally tired from shoveling, so “less is more” right now. I’ll close where I started, with a couple more shots of a Fork-Tailed Woodnymph. 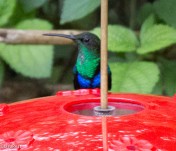