The first day of the Memorial Day weekend was so temperate, I was able to open all the windows. So when the birds and I got around to practicing the prelude to the G Minor English Suite by J.S. Bach, apparently we were audible to creatures with good ears. A dog joined in from across the street, and it was in key with the music. You can hear a little sample right here. The birds had plenty of input too. 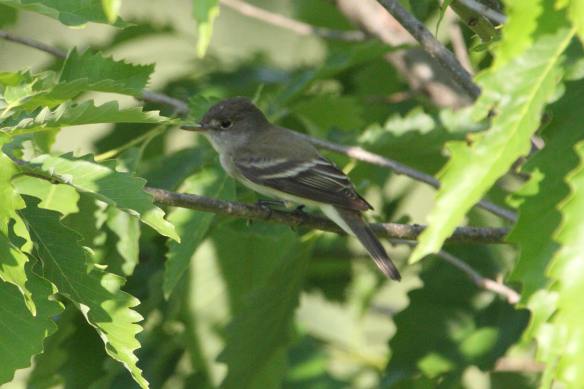 Defiant in face of the horrible heat of the next two days, I got up early to go birding. On Memorial Day, I went to Montrose Harbor, finally giving in to a birding hot spot on the (sorry) hottest day of the year. It was quite windy as well. While I did not see too many birds. I got a few nice pictures. There were a lot of flycatchers, and the one above turned out to be an Acadian. 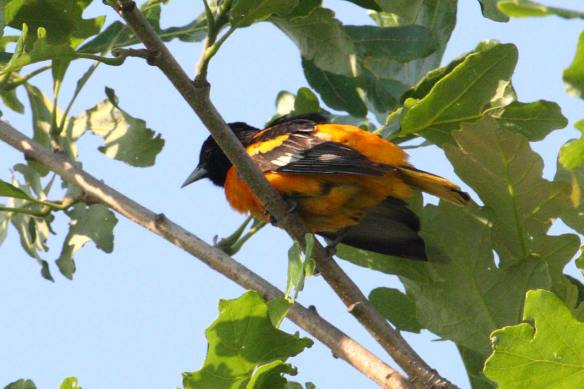 This was the best I could get of a Baltimore Oriole with all the leaf cover. 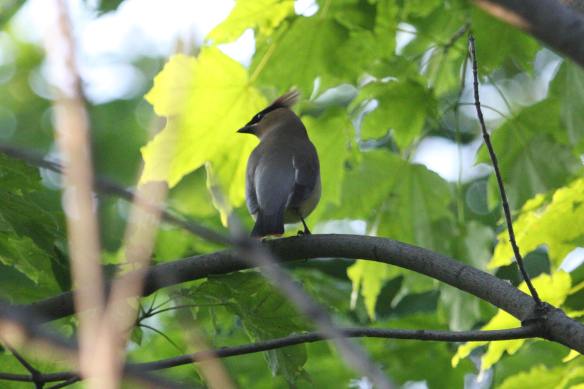 Well-shaded, birds sought refuge from the heat in the “Magic Hedge.” 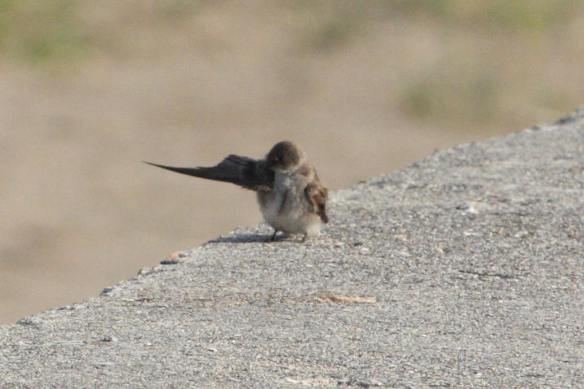 While on the beach, I caught a Northern Rough-Winged Swallow taking a preening break. 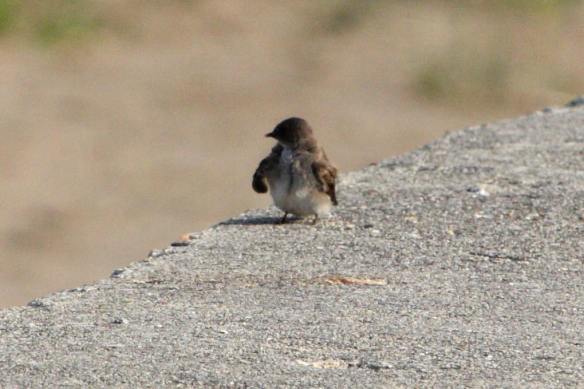 And although Montrose Beach often has more exotic shorebird species, Memorial Day brought me only good looks at one Kildeer. 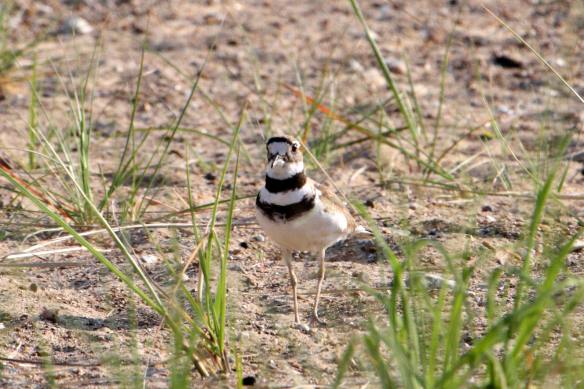 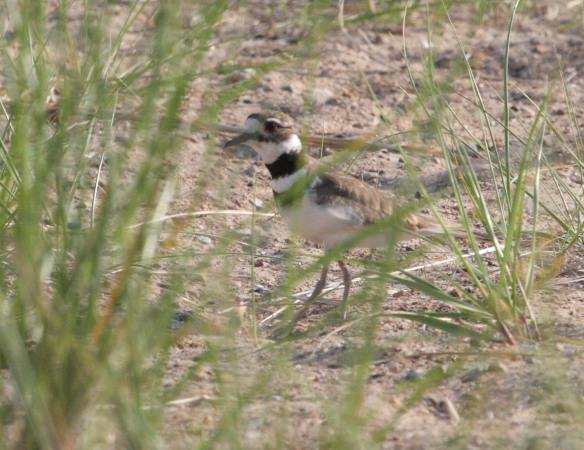 I’ll be back sometime next week, hopefully with more pictures from somewhere I’ve never been (don’t you love the mystery?). And yes, the AP now approves this usage of the word “hopefully.” While I have always inwardly cringed, I like to reassure myself with the knowledge that hardly any of the words still used after 300 years have the same meanings today, and I am just as guilty as anyone of going with the flow…

1 thought on “Music isn’t just for the birds”